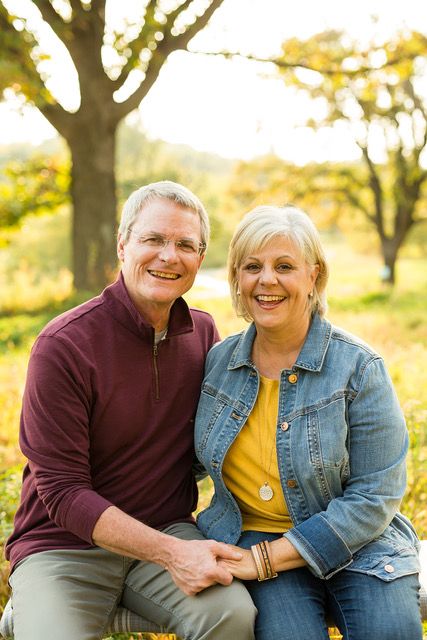 Lead Pastor
Pastor Keith came to ministry through a non-traditional path.  After being Director of Juvenile Court for Charleston County in South Carolina, and Assistant to the Director of Community Services for the Hopkins School District here in Minnesota, his new-found faith caused him to be hired as the Business Administrator for Bloomington Assembly (now Cedar Valley Church).  After a few years, he received his credentials and became the Executive Pastor.  Pastor Keith & Cindy, who were married in 1988, moved to Willmar in 2001 with sons Sam, Mike & Tom. God realized someone was missing and blessed them with a daughter, Anna. As later-blooming Christians, Keith & Cindy have a fresh understanding of the barriers that separate people from God. They feel their call to Willmar was to pastor the community, not just the church. The current church mission statement grew out of their own experience - “we want to go to heaven and take as many people with us as we can.”

Fun fact: Cindy is an accomplished pianist, vocalist, speaker, seamstress, baker, and quite handy around the house. Keith can move boxes if they are not too heavy.

Pastor Keith's One-Minute Witness:
"I was raised going to church but I had no idea what a personal relationship with Jesus meant.  Left to myself, I became very cautious and didn’t want to risk making mistakes. I was locked up inside, which limited my ability to develop relationships. By my thirties I was lost, lonely, and knew something was missing. I tried church again, but this time I was searching. I found out Jesus had been pursuing me the whole time. My faith in Christ changed my values and my behavior. The fear of failure no longer immobilizes me, because I know Christ loves me no matter what. I now have a wife I don’t deserve, four amazing kids, and a list of contacts in my phone that I could call at 2am for help if I needed it. I have an eternally-significant purpose for my life, which I get to live out every single day. People ask me what my dream is, and I can honestly say I’m living it. None of that was true before Jesus. He rescued me from a life of loneliness and an eternity of darkness…which I can never repay."